I don’t play the lottery. Why not? I don’t like putting my money in anything where the odds are stacked against me.

That’s also the reason why I don’t buy many of the cryptocurrencies on the market. Some that are already wildly popular don’t have significant real-world utility. They’ve skyrocketed purely because of speculation. Buying at the highs seems to be a scenario where the odds of success aren’t in my favor.

However, not every digital token belongs in that category. Some have both momentum and impressive real-world utility. Here are my two top cryptocurrencies to buy in December. 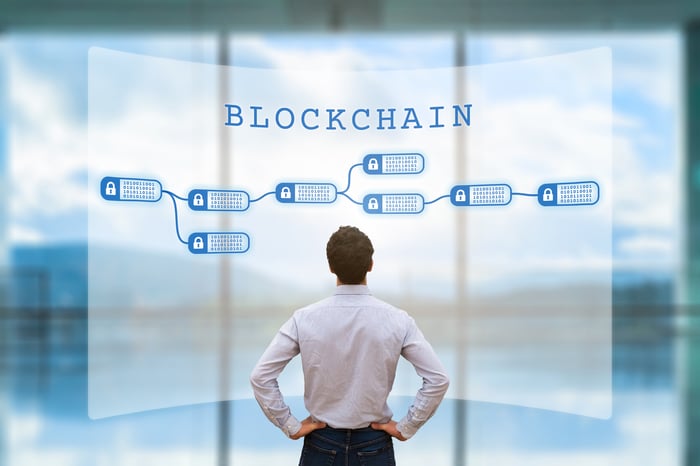 I’ll be the first to admit that Ethereum ( ETH -0.93% ) isn’t likely to deliver a 100X return or more over the next 12 months as some cryptocurrencies have. But it has generated a gain of more than 6X so far this year, which is certainly nothing to sneeze at.

Ethereum already ranks as the second-biggest cryptocurrency based on market cap. Some think it could even dethrone Bitcoin down the road to take the top spot. My view is that doesn’t have to happen for Ethereum to be a big winner.

The main reason why I like Ethereum is that it’s the most widely used blockchain supporting smart contracts. Real-world utility is high on my list of considerations. Ethereum powers its native token Ether plus thousands of decentralized apps. Many of the most popular cryptocurrencies today are built atop the Ethereum platform.

I especially view Ethereum for its ability to support non-fungible tokens (NFTs). Although I’m personally not a big fan of using them for digital art, I expect that the rise of the metaverse could turbocharge the use of NFTs over the next decade.

There are a couple of valid objections to buying Ethereum. Its fees are way too high. Its transaction speed is way too slow. If changes weren’t on the way, I’d definitely stay away. But changes are on the way — and relatively soon.

Ethereum will be upgraded to Ethereum 2.0 in 2022. The major changes will make the platform much more scalable and more secure. Transaction speeds should soar. Gas fees should plunge. As an added bonus, Ethereum 2.0 will require less computing power and energy, so it will be better for the environment.

I don’t think that Ethereum is a slam dunk even with the major upgrade on the way. However, I don’t believe that the odds are stacked against investors, either. Instead, my take is that Ethereum’s first-mover advantage with smart contracts combined with its coming improvements gives it a pretty good risk-reward profile.

My second cryptocurrency pick for December arguably ranks as the top contender versus Ethereum. Solana ( SOL -7.00% ) currently claims a market cap of around $63 billion, making it the fifth-largest cryptocurrency in the world.

That’s remarkable, especially considering that Solana was launched in March 2020. So far this year, the cryptocurrency has skyrocketed more than 11,500%.

Like Ethereum, Solana has lots of real-world utility. It’s the fastest-growing blockchain in the world. The Solana ecosystem supports around 500 projects, from decentralized finance (DeFi) apps to games to NFTs.

In some respects, Solana has left Ethereum in the dust. Its transaction speed runs circles around Ethereum. Solana’s costs are below $0.01 per transaction and should remain very low.

Of course, the Ethereum 2.0 upgrade could change the dynamics quite a bit. My hunch, though, is that newer challengers will be hurt a lot more than Solana will because it already has significant momentum.

Solana is nonetheless still risky. However, barring a big sustained pullback for cryptocurrencies, in general, I think that it will continue to deliver strong gains that extend throughout 2022 and beyond.

This article represents the opinion of the writer, who may disagree with the “official” recommendation position of a Motley Fool premium advisory service. We’re motley! Questioning an investing thesis – even one of our own – helps us all think critically about investing and make decisions that help us become smarter, happier, and richer.