As we approach the end of 2021, venture capital investing remains as active as ever. Here are some recent December 2021 investments that caught our attention. 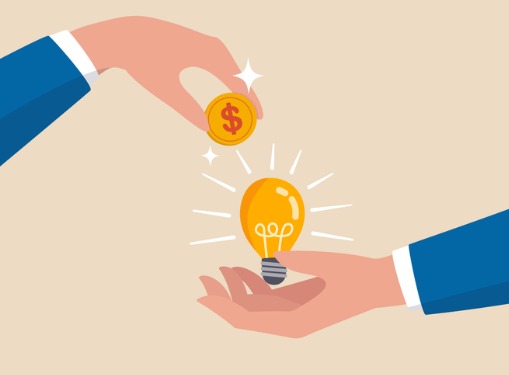 Based in Charlottesville, Virginia and previously known as Digital ReLab, Starchive is a digital media management company for content creators. They recently scored $4 million in funding in a round led by The Felton Group. Starchive was founded in 2015 by CEO Richard Averitt, and their total funding to date is $5.7 million. Clients include popular artists like Bob Dylan, Carly Simon and Leonard Cohen.

Blockchain funding deals are coming in fast and furious these days, but this one is a bit different. Thirdweb is a web3 app development platform that recently secured $5 million in venture funding for its launch. Investors included some well-known tech entrepreneurs, such as Mark Cuban and Gary Vaynerchuk, as well as Ryan Hoover, the founder of Product Hunt. Thirdweb was created by Social Chain founder Steven Bartlett and Furqan Rydhan, the founding CTO of Bebo and AppLovin.

Scoring $2 million in seed funding, Social Audio is the maker of Wisdom, a social audio app focused on mentorship. First Round Capital led the raise. Founder and CEO Dayo Akinrinade said the funding will be used to build out a roadmap of features — including features focused on boosting community engagement.

Going a little further afield, FUSE NANO is an Indonesian insuretech startup that just raised $25 million in a Series B funding round that included East Ventures, GGV Capital, eWTP and Emtek. The company was founded in 2017, and its business model is centered on connecting insurance companies with agents and adding in technology that makes insurance services more accessible to end customers.

Last but certainly not least, Guidely, which is based in Phoenix, Arizona, positions itself as a large-scale platform for personalized transformation and development. Matching independent, vetted guides to end customers in need, they cover a broad range of personalized online consultation services, everything from stress relief to relationship advice to navigating divorce. CEO Amir Glogau founded the company in 2020, and his hard work is paying off. Guidely recently raised $4 million in seed funding from a consortium of seed investors that included Plexus Worldwide CEO Tarl Robinson.

About Our Breaking Small Business News